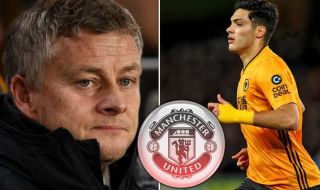 Good morning and welcome to the Stretty News Manchester United round-up — looking at a few headlines that concern our great club today, May 16.

We have rarely been this excited about German football, which returns today, so check the four Bundesliga matches we think United fans should be keeping an eye on this weekend.

Back to more important matters, United will be concerned at the transfer plans reportedly set by Chelsea and Liverpool with Jadon Sancho and Raul Jimenez attracting plenty of interest prior to the transfer window opening.

There are conflicting reports on Wolves striker Jimenez, with Don Balon claiming Jurgen Klopp reckons he would suit their project and the Mexican striker is apparently sold by the idea of moving to Anfield.

But Portuguese outlet Record (h/t Express) suggest United have been given a boost to sign Jiminez — with the Molineux side hiring super agent Jorge Mendes to sign a replacement for the 29-year-old. This season he has scored 22 goals and registered 10 assists in 44 games.

In other news, as per Manchester Evening News, Charlie Wellens has signed a professional contract with the Red Devils as the 17-year-old out pen to paper on a two-year deal.

This is a huge moment for the youngster and he will get plenty advice from his father Richie, who also graduated from United’s academy as a midfielder before making just one appearance for the first-team.

Finally, United are said to be making a double swoop for the Bellingham brothers. Both Jude and Jobe are teenagers but such a deal could cost up to £50m (via The Sun).