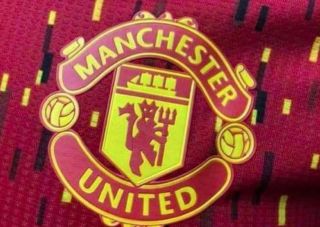 There have been plenty of images of Manchester United’s potential home kit for the 2020/21 season circulating around social media.

The new design was first leaked in March during a Pro Evolution Soccer match between Barcelona and United in a livestream on the Catalan giants’ Youtube channel.

United fans feared the worst over the possible leak and these latest real-life images appear to all but confirm that this is the home strip that will be worn by Ole Gunnar Solskjaer’s side at Old Trafford.

Adidas signed their bumper kit deal in 2015, and this design looks like it could be their worst to date.

It features the classic red base colour, but with bizarre looking yellow accents that have drawn similarities with bus seats.

Leaked shirt designs always look better when worn by the first-team players, but we don’t harbour much hope for this design and hope the club can release far more attractive away shirts when next season eventually begins.

Many United fans have made the obvious comparisons to the new strip and seats on public transport.

See the new images below, courtesy of Utdreport:

Isn’t the goal here for people to buy the shirt? Not look like a bus seat? pic.twitter.com/S9FHFBe0Eu