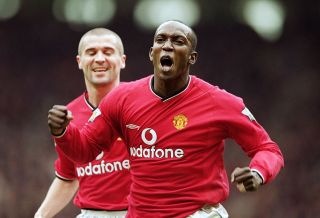 Dwight Yorke has experienced Roy Keane as a player and a manager.

Keane signed him during his stint at Sunderland and Yorke says Keane will live by the sword and die by the sword. I think that impression was easily picked up from watching him on the pitch, but even as a journalist reporting at press conferences I’ve always thought he is amazing value.

Speaking to United’s official website, Yorke said: “From a manager’s point of view, I have to say about Keano, I think he has all the ingredients.

“When he took the job he had the respect of all the players. He had the character to be a manager, and the respect. He has everything you want in a manager. Then in his first year he was very successful and got us promoted.

“For me, when I look back, I think that Keane should be in a big managerial position today, I.e. someone like Manchester United.”

As much as I love Keane, I really don’t think he is cut out to manage in today’s game. Most managers have a lifespan and I think Keane would have been better suited to such a job years before he became one.

Football has changed and it didn’t end well for Keane and Martin O’Neill with the Republic of Ireland. It got sour but the Irish people still very much appreciate what both men did for the country during their time in charge and Keane, as a player, has always been fantastic.

Yorke also issued a word of caution on Keane, saying: “I think Keano is his own worst enemy.

“After the years I’ve spent with him, some of thing things he has done, I’m sure he will regret.

“Keano will live by the sword and die by the sword, but I’m sure there are things that he reflects he could have done better as manager,” he concluded.

Most recently, Keane worked as an assistant manager at Nottingham Forest.

It would be great to see him get a managerial gig in the Premier League after football resumes.