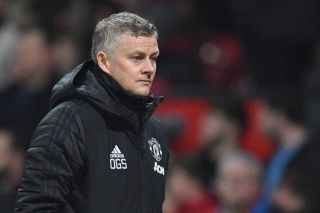 Joe Rodon has become the latest player linked to Manchester United in the last few weeks and there are only loose plans for football to come back with no concrete dates/times. Transfer speculation will run rife until it does return, or some clarity is made regarding the rest of the season.

Ryan Giggs is the man who has given United the recommendation on the Swansea centre-back, who Giggs has given his full Wales debut against Azerbaijan in August of last year. Giggs also recommended Dan James after working with him for Wales, so it seems Solskjaer might trust Giggs’ judgement on players.

Rodon fits the strategy of United since Solskjaer became permanent manager in young, upcoming players who are in their early 20’s apart from Harry Maguire and Odion Ighalo. Aaron Wan-Bissaka, Dan James, Bruno Fernandes are all players who have done well so far in their fledgling careers at the club.

All these players have great characteristics that Solskjaer is also looking for, Maguire for example has become the leader we all thought he could be on and off the pitch. The squad seems to be the most likeable squad I have seen since the Fergie days and they have a great togetherness which seems so promising and that is down to Ole.

Jaden Sancho is the biggest target for the club and fits in with Solskjaer’s new plan but also, he ticks the boxes for the club in terms of status and marketing ability as well as footballing abilities so will excite both fans and the Glazers and make them get the cheque book out.

Jude Bellingham is another name that is heavily linked to United, the 16-year-old Birmingham City midfielder has become hot property this season. He has played 35 times this season in all competitions scoring 4 goals and has received rave reviews for his performances despite his tender years.

This along with the recent signings of Jordan Hughill and Marc Jurado from Sunderland & Barcelona respectively meaning United are trying to recruit the best young talents they can sign.

Also, Rodon is an example of buying a young player to fit how Solskjaer wants his defenders to play, comfortable on the ball with the ability to pass between the lines with possession but also good in the air and the tackle. The Championship is a very physical league but over the last few years the technical level has gone up considerably with their being a very small difference between Championship and Premier League.

United have always tried to sign the best young players and give them the chance to develop, from Sir Matt Busby and Jimmy Murphy to Sir Alex and Eric Harrison. It is in the Manchester United DNA to give youth its chance and having a manager who has seen it close up as a player with the Class of 92 and when he was Reserve team manager developing the likes of Paul Pogba and Jesse Lingard. This policy is a good move away from the big-name signings who have let us down over the last few years and give the club back a little bit of its own identity back and that can only be a good thing.

If United can get the big signings right and keep on going with signings matching the criteria Solskjaer wants from his players both in terms of ability and in their character, then they can go on to be a real challenger domestically and abroad.

A few players United could look at as well as Joe Rodon who also fit the strategy United seem to be implementing for young players:

The young Algerian has been turning heads in the Championship since his move from France and been performing brilliantly for a young, talented Brentford team. He is a very skilful and quick right winger and should for whatever reason United not get Sancho or need an alternative then they would do a lot worse than the Algerian winger.

QPR’s jewel in the crown is Eberechi Eze, the England Under 21 international has been one of the best players in the Championship this season and if United seek a young player as an alternative to Jack Grealish then Eze would be perfect. He is arguably the most consistent performer in the Championship this season and has been involved in 20 goals for QPR plus he is one of the best dribblers in the league and would represent the kind of attacking flair that United fans would love.

The Celtic striker has scored 62 goals in 126 games since he first joined Celtic on loan from PSG before his move was made permanent. Odion Ighalo’s future is uncertain with his parent club expecting him back when his loan spell finishes and his wages a potential stumbling block for a transfer. Moussa Dembele is the name most suggested for a striker, but the Lyon man will cost a great deal so why not sign Edouard who has had a similar trajectory as Dembele for a fraction of the cost. He would be someone who Lyon would look to replace Dembele with should he leave and if you need any more convincing his chant at Celtic is to the tune of the Stone Roses “I Wanna Be Adored”.