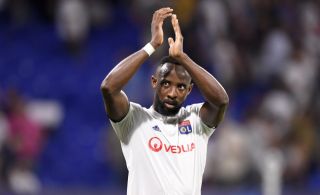 All the latest rumours and gossip coming out of Manchester United.

According to Spanish website Todofichajes, negotiations between Manchester United and Atletico Madrid are ‘practically closed’ with the agreement to be ‘made official’ when the 2019/2020 campaign finishes.

When will that be?

Saul’s contract doesn’t expire until June 2026 and one would say that gives the Premier League plenty of time to return.

However, the financial impact of the coronavirus could force Atletico to sell for a cheaper price (around £70m) to fund their own transfer plans.

Todofichajes add that there’s a good chance United midfielder Paul Pogba will leave the club in the coming transfer window, with Saul seen as a replacement for the French star.

Pastures new for Haaland despite only joining Borussia Dortmund

“If I were the coach of any of the best five teams in the world, I would buy him [Haaland] immediately,” Bernstein told Bernabeu Digital, which at a quick glance looks like a mouthpiece for Real Madrid. “I think he is ready to play for Real Madrid and I think he could succeed there.

“Erling is only 19-years-old and he can still improve win all facets and parts of the game. I think that if the great clubs don’t sign him… they may regret it later.”

I would take Haaland at United in a heartbeat but I can’t see him leaving Dortmund this early. He should give at least one full season there before moving on and try conquer the Bundesliga first.

His transfer from RB Leipzig is already a big step in the right direction for his career.

There has been a lot of talk about Angel Gomes and his uncertain future, but GOAL claim Solskjaer doesn’t want the young midfielder to leave Old Trafford anytime soon.

Gomes’ contract expires at the end of the season and both parties have yet to come to a conclusion.

We hope he stays!

Lyon president Jean-Michel Aulas admits it will be difficult for the Ligue 1 club to keep hold of Moussa Dembele in the summer.

Last night the Daily Express had an exclusive story outline United’s confidence in signing the French striker for £60m. The same report states that Dembele would snub a move to Stamford Bridge for Old Trafford, with Frank Lampard considered as an admirer of the Frenchman.

Their disappointing campaign was brought to an abrupt end earlier this month when Ligue 1 officials opted to end the current campaign on a Points-Per-Game (PPG) basis. That is the conclusion the French came to in the wake of the COVID-19 outbreak.

Lyon finished up seventh in the league and missed out on European football — putting them at great risk in the transfer market.

Lyon’s chief has opened the door for United to make a move for Dembele when the summer transfer window opens.

Speaking to French outlet Le Progres, Aulas said (via Manchester Evening News): “I am going to do everything to keep the players.

“But players who are programmed to play in Europe could want to go elsewhere because we don’t have European football.”

Sad reality for Lyon fans. Only time will tell if United or other clubs take advantage of that.

READ MORE: Man Utd could be back in action soon as Premier League can resume next month