Manchester United striker Odion Ighalo has been spotted training in a Cheshire park as he keeps sharp ahead of a possible Premier League return.

The government has announced that Premier League football could resume behind closed doors on June 1.

Ighalo’s current loan spell at United expires on May 31 but the club are working hard to extend his contract until this season reaches its natural conclusion.

As reported by ESPN, parent club Shanghai Shenhua expect the Nigerian striker to return ahead of the Chinese Super League season that is scheduled to start in July.

Solskjaer therefore may have to prepare for a scenario when he is without his backup striker when football resumes unless fresh terms can be agreed.

Ighalo has scored four goals in eight games for his dream club, adhering himself to United supporters since his shock deadline day move.

See photos of Ighalo training below as he kept distance from members of the public, courtesy of Eamonn and James Clarke. 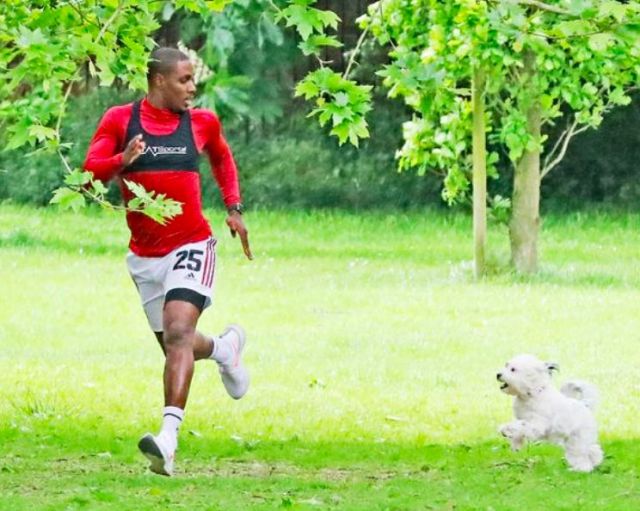 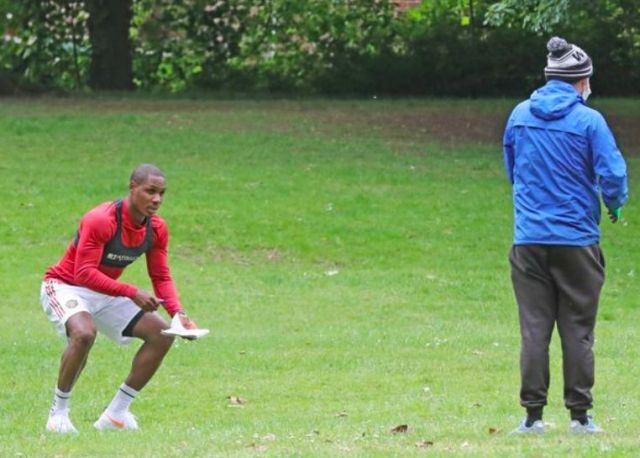 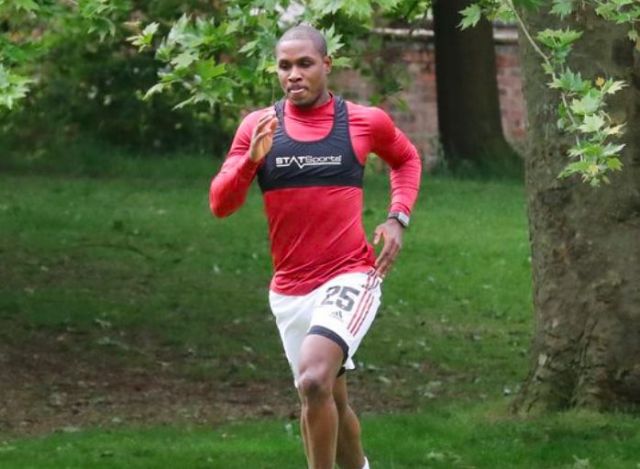