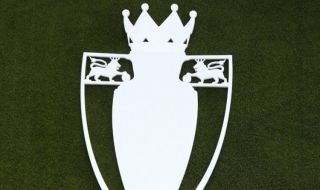 It’s been ages hasn’t it? Football has left quite a considerable hole in our lives, from the social aspect of meeting our mates before the game, sinking a few too many beers, heading to the ground and signing for 90 minutes as we cheer on our love affair of watching a group of lads earning far more than we could ever dream of, kicking a football around as we pray deep down our ones can play better than their ones.

Football is not a soap opera, it’s not Coronation Street with predetermined outcomes, well, unless it’s Italy, dodgy crowd them lot. FIFA on your PlayStation is a replica of it, but it’s not what football is all about. Football isn’t a TV show, although for some it may be, for those of us who are actively involved in supporting our club, football is a religion, it’s a way of life, it’s an abnormal norm.

It’s the early morning flights, the early morning train/car rides, it’s finishing work early, it’s rushing home to get changed, it’s the cult like meet ups in bars where we know we’ll be amongst our own, it’s the camaraderie, the common love affair, it’s the shared willingness to be there, to be heard, to be a part of it.

Football is about the fans that make it what it is, it’s as simple as that.

There’s strong talks of the league restarting shortly, under certain quite strange restrictions, as the world continues to deal with a global pandemic, so let’s take a look at some of these.

No VAR – it’s beloved that VAR will no longer be in use, due to the impossibility of social distancing by the VAR team to perform their duty. A very narrow minded opposition to this would be “if that’s not ok, how is a penalty box full of sweating athletes mauling each other to try make it to a header ok?”

Five substitutions – another interesting game changing rule, presumably to help with the fatigue and potential lack of 100% match fitness in the squad. So, we’re asking elite athletes, who are so finely tuned in fitness and body weigh, shape, muscle, to perform their job at a less than optimal body condition, but we’ll let you stick on an extra 2 subs if they get tired….

Neutral Venues – ok, so maybe not the most important one, considering the stadium will be empty regardless, but at the same time, the opposite fixture earlier in the season was played at one sides home ground, the now “home side” is playing, not in their one patch, but they’re forced to make extra travel to an alternative venue, thus handing any percentage of home advantage up?

The reduction of a match from 90 minutes – what? I’m not even getting into this one, utter nonsense.

So let’s get this right.

The Premier League is rushing to complete the 2019/20 season, with a completely different set of rules for the game, without any fans present.

You cannot decide, just to suit yourself, to alter the games rules during the season. You can’t remove something like VAR, which has changed so many games this season, and play without this system. You cannot just add in 2 extra subs and cut the game time, the games played to date were played under completely different rules.

You cannot close the door to fans.

We are being led to believe that football is immune from COVID-19 and that the remaining games can be finished without incident, but what happens if one single player in a match day squad tests positives after the restart? Government and WHO guidelines would then demand 14 days self isolation for that player and all they have comes in contact with, which is essentially everyone involved that day on both teams.

Do we close up shop again, until all players and staff are coronavirus free, and try again?

Players health, their families health, the health of the staff involved, this is more important than the eternal greed surrounding football to force it to a finish under changed rules and silent stadiums.

Rushing back the league to pacify the likes of the very vocal Jamie Carragher (wonder why?), just to get it finished, is the wrong decision, especially in the UK, with COVID-19 figures that have surpassed, we believe, any other country in Europe including worst hit Spain and Italy, who had originally led the unwanted way in cases and deaths.

It is, simply put, nonsense.