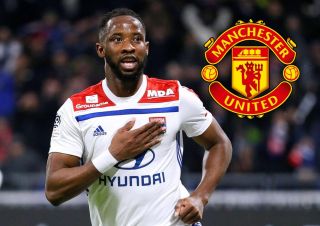 Football clubs face uncertain times due to the coronavirus. We don’t expect many big deals to take place in the transfer window and it may be a matter of prioritising a deal or two for Manchester United, unless they can shift more deadwood.

Sir Alex Ferguson won league titles with proper goal hunters. He sometimes had as many as four lethal goalscoring strikers in his squad.

The only striker I think belongs to that bracket of striker — since Fergie’s retirement in 2013 — is Zlatan Ibrahimovic, who arrived on a free from PSG during José Mourinho’s first summer at United.

I recall getting information back during the summer we signed Romelu Lukaku. There was a lot of talk about Alvaro Moratta, who was overlooked for the Belgian, but the truth is Mourinho wasn’t very happy with the options available to United in the transfer market. He wasn’t totally convinced by Lukaku but still considered the ex-Everton striker the best he could get.

From speaking to a hack about the 2017 transfer window, I am lead to believe Mourinho’s ideal transfer window would have seen him land Tottenham Hotspur’s Harry Kane.

It will be interesting to see how their relationship goes over the coming months, but Kane is probably stuck at Spurs because he will be a priced out of any move.

Solskjaer was part of Fergie’s great teams with quality strikers in abundance. He too should be aware of the fact, and we believe he is in the market for a goalscorer.

United need a frontman who is sharp, suited to Solskjaer’s style of playing (taking into consideration that the manager is changing his tactics quite regularly), and most importantly, determined to play for Manchester United.

This striker needs to be clinical as United struggle to create chances against the smaller teams. It has to be said, and I think everyone will agree, that before Bruno Fernandes’ arrival our attempts to break down these teams was sleep-inducing.

I am not ultimately convinced by the form United showed prior to the Premier League’s suspension over the coronavirus pandemic, which saw us go on a brilliant 11-game unbeaten streak. Although Odion Ighalo helped see Anthony Martial’s form improve and he chipped in with some goals, the Nigerian didn’t play enough games for fans to be screaming from the rooftops about him staying past his loan expiry.

Solskjaer will opt for a quick player if United plan to play counter-attacking football. He’s already building his attack around speed with Anthony Martial, Marcus Rashford and Daniel James.

There could be plans to bring in a right winger in the summer which could see United’s attack become lethal.

The man we should look to is Moussa Dembele.

The 23-year-old Lyon striker has been in excellent form this season. His fine record of 22 goals in 42 league and cup appearances is impressive for a player of his age and Dembele certainly fits the profile of a Manchester United transfer target.

The Star claimed United were willing to splash £60m to sign Dembele — pre-pandemic — which may encourage us to believe that he is on Solskjaer’s list at least.

Lyon’s Moussa Dembele would find it hard to reject #mufc. He has been under consideration by the club, but sources close to the player say the two parties are not in contact #mulive [men]

We can only hope Dembele’s name is on top.