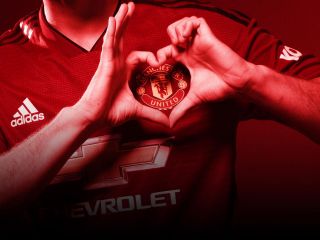 Welcome to the second feature of My Love for United, a piece designed to involve the Manchester United community in these difficult times and keep the United talk and discussion going with a series of questions.

Stretty News chief editor and founder Dale O’Donnell and myself took to Twitter last week to give fans the chance to get involved, the lucky chosen winner to feature in this week’s piece was Stephen Conway.

So, without further ado, here is supporter Stephen’s love for United story.

When did you start supporting United?

Then I’d have to say Cantona, Scholes, Beckham, Cole, Giggsy and Rooney.

Most hated rival and opposition player of all time?

Glazers in or out?

Out. They’ve rinsed the club. £1.5bn in 15 years. City have invested £1.4bn. They’ve let other rivals takeover for their own corporate greed.

I love Ole. I believe he has the right attitude for the job. His signings were good in the summer and Bruno in January too. Needs more time. We’ve been through too many managers since Fergie. Patience and belief is crucial from the fans. Too much division between fans these days. In my humble opinion.

A massive thank you to Stephen for contributing to this piece. You can follow Stephen on Twitter @conwaytogo.

If you liked this piece, why not put yourself forward for a future article?

Keep your eyes peeled to @StrettyNews for details on how to enter.

I have a very special guest lined up for  next week’s Love for United piece, which is very exciting. He is a huge red and a huge TV personality and his piece is thoroughly entertaining, so stay tuned for Stretty News for that.