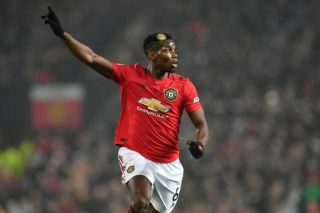 Real Madrid and Paul Pogba seemed a likely for a long time, but the Spanish giants may have already closed the door on the France international.

Real Madrid have been long linked with a move for World Cup-winner Paul Pogba, but Marca claim that signing the French star would go against the club’s plans moving forward.

Los Blancos aim to cut costs amid the coronavirus situation, and every football club will be in the same boat. It will be interesting to see how football agents like Mino Raiola operate in the upcoming market because a lot of clubs will refuse to pay crazy agent fees unlike before.

It could be a summer in which they look to sell players before adding new additions to the squad. Rennes’ rising star Eduardo Camavinga, who has been mentioned in The Sun as a target for United, is another player heavily tipped with moving to the Bernabeu.

As for United — COVID-19 or not — they will not let Pogba go on the cheap. He’s under contract and must respect that.

The other club tipped with making moves for the Frenchman is Juventus, where he played before returning to Old Trafford, and winning four Serie A titles during that memorable spell.

Pogba needs to ask if his work is done at United. He can’t be happy right now and should look to make amends with supporters next season.

Check out our latest video on Paul Pogba via Patreon (£) – discussing this very topic!