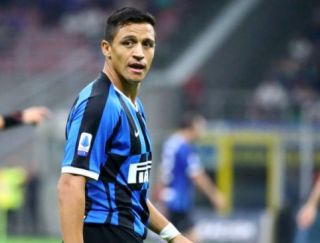 Remarkably, Manchester United fans could see Alexis Sanchez back in a red shirt if the Premier League season reaches its natural conclusion.

Sanchez has been deemed as surplus to requirements at United with Ole Gunnar Solskjaer focusing his rebuild around players that are quite the antithesis of the Chilean international.

Solskjaer is targeting young, exciting players with plenty of potential, whereas Sanchez is on the wrong side of 30 and has not produced ever since switching the Emirates for Old Trafford two years ago.

But as noted by the Manchester Evening News, there is still a chance that he could be back in the mix if the remainder of this season is safe to play amid the coronavirus pandemic.

Sanchez has spent this season on loan at Inter Milan and is contract in Italy expires on June 30.

Italian clubs have been given the green light to go back training this month under strict social distancing guidelines, but no solution has been found to extension of contracts beyond June.

Therefore, Sanchez could return to Manchester and may be considered for selection by Solskjaer as an extra attacking option if a similar situation occurs with Odion Ighalo, who might return to Shanghai Shenhua.

For Sanchez to be made available, he would have to be approved by the Premier League who would need to relax their rules to allow him to be registered into United’s squad.

But it is difficult to see what use Sanchez would have given he has only started two Serie A games in a season ruined by injury problems.

The challenge for United will be finding a buyer who is willing to meet Sanchez’s wages as his contract at the club does not expire until 2022.