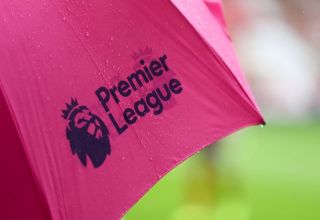 Professional Footballers’ Association chief executive has been talking crap — suggesting halves of less than 45 minutes could be considered when football returns.

Discussions about Project Return are ongoing but Taylor outlines that players are “concerned” about safety.

You’ve got to consider their well-being in these talks and I fear that is not the case, with the Premier League so desperate to return that talks of shorter halves are even a thing.

“They are not stupid,” Taylor told the BBC on Radio 4’s Today programme. “They would have to be satisfied that it is safe.”

Thankfully the BBC did their homework after these comments and asked a source about the idea to which they said is “not on the table,” therefore, a non-runner.

If it’s not safe for football to return, 45-minutes per half, what is the point?

There will be arguments angled for this to suggest it will lessen the player’s risk of getting injured, but surely we can allow for more subs in this instance. It is inevitable that the game will have to change some way or other.

David Ornstein has a scoop in The Athletic about a letter Premier League medics had sent to the league’s medical advisor Mark Gillett and director of football Richard Garlick.

As fans, we’ve got to trust the governing body — but they don’t make it easy for us. The entire premise of Project Restart is to conclude the season in a way everyone is safe.

Tottenham blogger Harry Hotspur has written a thought-provoking piece on the letter Ornstein claims to have seen — sent to clubs via email and said to include 100-points!

I must advice you it’s a pro Project Restart article, but Harry Hotspur does explain why the proposed operations of Project Restart require a disciplined approach from all those involved.

I would be fascinated to hear more players and their views on this. It’s been kept hush and we’ve every right to know how they feel about the prospect of football returning — whether the club is in agreement with every player or not.

A call for more transparency.