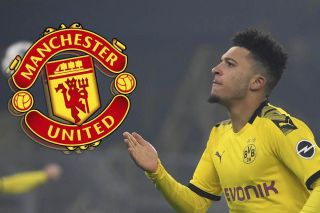 Manchester United fans will be happy to hear that transfer target Jadon Sancho has named club legend and former captain Wayne Rooney as his idol.

The Borussia Dortmund winger has been heavily linked with a move to United this summer, even though Ed Woodward has played down suggestions that there will be mega-money deals due to the COVID-19 financial crisis, as reported in the Guardian.

Still, Sancho is not going to come cheap and United definitely need to add a star to their attack if they are serious about closing the gap at the top. Solskjaer deserves to be trusted with a big transfer kitty because his signs thus far — for the most part — have been very good.

That said, a big transfer kitty is unlikely this summer. We would be lucky to sign one star like Sancho along with a few additions to improve the starting line-up.

The England international has scored 14 goals and registered 15 assists in the Bundesliga this term and he will have a chance to add to that as the German league is set to return after Chancellor Angela Merkel gave the green light for play to restart (via BBC Sport).

Sancho wants his big move and United will be a more attractive destination if they can qualify for the Champions League. As a player we are sure has ambitions to win the Ballon d’Or, he needs to be in Europe’s biggest competition and winning it.

The winger has done little to kill talk about a move to United by naming club legend Rooney as the player he looked up to most as a youngster.

‘Who did I look up to when I was young? I’d probably say Rooney,’ said Sancho, as quoted by the Metro.

‘It’d have to be Rooney because he was doing madness at Manchester United.

‘Even at Everton when he made his debut. He was too grown for everyone, at his age.’

He also opened up on life in Germany and went on to suggest he was ready to return to the Premier League by calling his move to the Bundesliga a ‘sacrifice’.

‘Another challenge. This one has been the biggest one yet. Living abroad is a whole different game, away from everyone, family, friends. The sacrifice is deep.

‘But, for me t the time, I just felt I was ready to challenge myself and challenge for a place in the first-team and I felt Dortmund was the right place to go at the time.

‘Obviously I know their history, they’re bringing through young players and I thought I had a real chance there so I took the opportunity and now, three years later, I’m doing well.’

All the best to Sancho, who took a huge risk in 2017, but his next decision is what interests me mostly.

Do the right thing and join United.