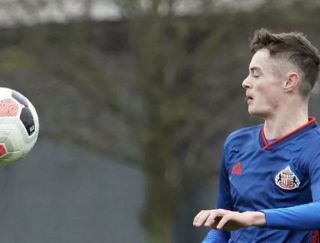 Manchester United are set to swoop for Sunderland youngster Joe Hugill, but who is this emerging talent being strongly linked with a move to Old Trafford?

The Sun consider the Red Devils as front-runners to sign the 16-year-old striker.

As reported, Hugill has impressed in Sunderland’s academy and now attracts interest from a number of big clubs.

The report outlines that Tottenham were thought to be tracking the youngster, but now United have emerged as stiff competition for the signature.

Meanwhile, MEN Sport understand United have been working on a deal for Hugill over the last few months and are close to agreeing a £300,000 deal with Sunderland.

Scoring three goals off the back of seven games for Sunderland in the Premier League 2 and U18 Premier League competition, the pedigree is there and United manager Ole Gunnar Solskjaer is always on the lookout for emerging talent.

Who is Joe Hugill?

Born in Durham, Hugill is regarded as one of the most talented players to emerge from the club’s ‘Academy of Light’ programme, which is credited for developing players such as Jordan Pickford, Josh Maja and Conor Hourihane.

Solskjaer, Michael Carrick and Nicky Butt watched Hugill during Sunderland’s fixture against United last year — so it makes sense that they would have been tracking him then if the interest is genuine.

Hugill needs to ensure he makes the right move as this is an important time in his career. The young forward has got time on his side and United is certainly a club where young players will be allowed to blossom under Solskjaer.