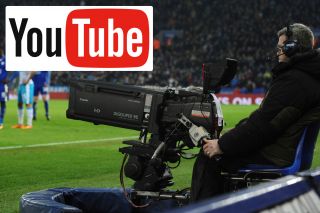 Great news for football fans living worldwide. YouTube are apparently preparing to stream live Premier League games for free before the end of the 2019/20 campaign.

The Sun claim YouTube will get a portion of the remaining matches to show free of change.

What does this mean for the major broadcast rights holders Sky Sports and BT Sports?

The report suggests they will show the majority of the 92 games left to be played, with Amazon also taking a percentage. That means multiple subscriptions and explains why so many people are subscribed to IPTV services nowadays.

IPTV is another topic for another day, it’s not always reliable but if you’ve got good broadband speeds I don’t see why not.

But the Premier League doesn’t want to hear us discuss that. TV revenue is the biggest reason behind Project Restart, there are no two ways about it. The Premier League and its clubs would lose out on too much money, and the only clubs against football returning are the bottom six.

You can tell their motive behind that is to avoid relegation.

If you don’t subscribe to Sky Sports, BT Sports or Amazon, this is great news for you. It should allow for all games to be shown at some point, in some way, shape or form.