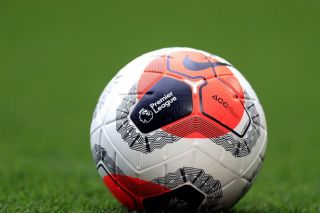 The Premier League is facing a difficult situation as not every club is obliging to their Project Restart plan which would see the season resume, passing all safety measures, in June.

The Mirror claim six clubs are refusing to accept the terms the plan and are still against the prospect of restarting the season in the summer.

Right now, I find it difficult to see how football will resume then, even behind closed doors, but I’m no expert on the matter at the same time.

Brighton Hove & Albion, West Ham United, Aston Villa, Watford, Norwich City and Bournemouth have all raise their concerns and aren’t willing to accept the terms. That shouldn’t come as a surprise as they occupy the bottom six places in the table, worried about being relegated.

However, the report also suggests that Newcastle United, Burnley, Southampton and Crystal Palace are all backing this plan, with the top-half sides also wanting to see out the campaign.

The Premier League needs 14 ‘yeses’ to post a motion — so at the moment that looks achievable — depending on whether it passes safety measures in June.

Project Respect is based around an early June return, at neutral venues all over the country — which has also raised hot debate among football fans.

As United fans, we want the game back but not until it’s safe to do so. That’s a call for an expert, not someone on Twitter.