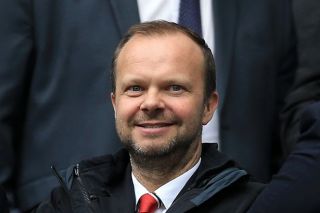 It is almost two years since Manchester United’s search for a Director of Football was started and supporters wondered who that could be.

A director of football or sporting director, whatever you want to call it, has a great influence over the running of the club. After hearing United were recruiting one, I feared how it would work with executive vice-chairman Ed Woodward.

The structure is different at United. Woodward remains trusted by the Glazer family despite our struggles on the pitch. He must take a share of the responsibility for poor recruitment after David Moyes, Louis van Gaal and José Mourinho have come and ultimately failed.

My fears over a DoF being restrained by Woodward at the club now seem to be backed up in Laurie Withwell’s latest piece on United for The Athletic.

“So any director of football would supplement those tasks, rather than supplant. A ‘reporting mechanism’ rather than a ‘unicorn figure’, sources suggest.”

For those who feel United would benefit by having an experienced football administrator at the club, especially to speed up proceedings in the transfer market, it looks like nothing will change in a structural sense.

Relying on Woodward to strike deals will always be a concern. As we’ve seen with former managers who relied on his transfer promises, it can turn nasty rather quickly.

“At United, the structure is different. Principally, the status of the manager is paramount and the club want to stay close to the level of authority Sir Alex Ferguson maintained. Ole Gunnar Solskjaer’s line to Ed Woodward will always be direct, rather than bisected by another individual. Their relationship is described as “vital”.”

The Athletic piece in question outlines United are adamant that the current system means stability for the squad and are no longer searching for a DoF.