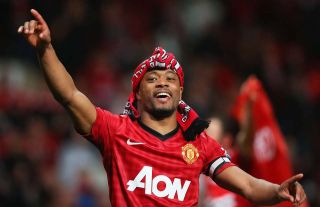 Former Manchester United star Patrice Evra has opened up on his initial struggles at Old Trafford.

He revealed that his agent apologised after he made the move from AS Monaco because he thought Evra would never make it on the biggest stage in football — despite the Frenchman previously playing in a UEFA Champions League final for the Ligue 1 side, losing to José Mourinho’s FC Porto in 2004.

Evra was asked about his initial thoughts when he joined United and he told the official UTD Podcast: “I was chilling in Monte Carlo chilling, but here the football is so fast.

“We went back to my flat with my agent and his wife and my agent looked at me like this and said, ‘Patrice, I’m sorry’.

“I was like, ‘Why?’ ‘I’m sorry to bring you here. You’ll never make it, it’s too hard, you should stay in Monte Carlo’. In front of his wife!

“That say I was so bad, so embarrassing. My agent actually telling me I should have never gone to Manchester United.

“So yeah, I have this tough moment, but it helped me to become who I am,” he added.

Evra is up there with the best left-backs to have played for United, so this goes to show his remarkable attitude and ability to adapt his game after a tough start in English football.

In 2014, he left the club after his contract expired and joined Serie A champions Juventus where he won the league title and the Coppa Italia twice.

The former France international was awarded the best left-back in the world in 2009 after making the FIFA FIFPro World XI and UEFA Team of the Year.

The UTD podcast has been great during the lockdown and it’s one of many I listen to every week.

Check out the Strettycast which features our latest interview with United legend Alex Stepney.