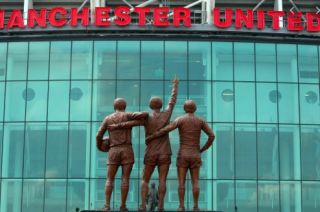 Manchester United are planning to celebrate more of their legends for their achievements during their time at the club.

The club will form a committee to decide how it will be best to commemorate some of the most iconic players to have ever put on a red shirt.

This comes after calls for Harry Gregg OBE, hero of the Munich Air Disaster in 1958, to receive a special tribute at Old Trafford.

Gregg passed away in February at the age of 87 after a battle with illness.

And the club have revealed they will discuss possible ways of celebrating their most important figures.

This could mean modern greats like Ryan Giggs and Paul Scholes could now be honoured for their services at United.

A United spokesperson said, as quoted by the Evening Standard:

“Everyone at the club was deeply saddened when we heard the news of the passing of Harry Gregg OBE. Harry was one of the greatest goalkeepers to have played for the club and embodied all the best values of Manchester United.

“Because of our club’s proud and unique history, there are many figures that deserve acclaim and the club receives many similar requests of the type. These influential figures can be recognised in many ways, for example the Jimmy Murphy Centre at the Aon Training Centre.

“A committee is being set up to align criteria and process for recognition requests and support recommendations to the board.”

United have had a plethora of great players in their history but only an exclusive few should be honoured.

Harry Gregg is a great that certainly deserving of his own tribute at the club.