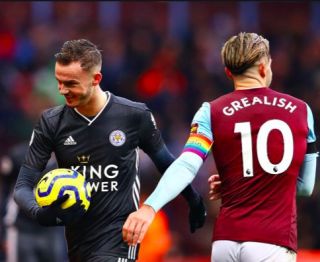 Aston Villa midfielder Conor Hourihane has made a brutally honest, and quite frankly bizarre statement regarding his teammate and Manchester United transfer target Jack Grealish.

The Republic of Ireland international has openly admitted that his captain is ‘too good’ for his current team and that he could be playing at a higher level.

Grealish has led his boyhood club in their survival battle this season under Dean Smith, scoring seven goals and contributing six assists while mainly playing in the inside left position.

Villa will harbour some hope of keeping their star man if there is a way for the Premier League to reach its natural conclusion and they stay up.

But Hourihane, who spoke about Grealish in glowing terms, has admitted he is already too good for the club.

“He’s top, top class. In terms of pure ability and sheer skill and technique level he’s easily the best player I’ve played with to date,” Hourihane told the Southern Star’s podcast, as quoted by the Metro.

“He’s just got that gift. He runs quicker with the ball, when he faces someone up you’re in real trouble. He’s skipping by the best players in this league so easily. ‘

“He’s developed over the three years I’ve been here – he’s taken his game to a new level – especially this year in the Premier League.

“He’s taken it by storm really. You know, England team and getting that big move is only a matter of time because, if I’m being brutally honest, he’s too good for our team at Aston Villa.”

READ MORE: Nemanja Matic names the teammate he is missing most at Man United

The 24-year-old is seen as a more attainable option than Leicester City’s James Maddison, who the club are also monitoring.

But according to Manchester Evening News, this kind of transfer may be difficult to pull off with clubs reluctant to pay big transfer fees amid the coronavirus uncertainty.

United are in a stronger financial position than most clubs to deal with the consequences of the pandemic but are not immune themselves either.