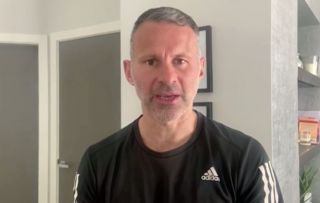 Manchester United players past and present are doing their bit to help during this coronavirus pandemic, and the club’s reputation within the media is certainly on the rise.

Ryan Giggs and Jesse Lingard have featured in UEFA’s Champions Teachers initiative which aims at telling famous fairy tales or poems to young children and helping to improve their spelling, as per Sky Sports.

While the children — aged between 6-12 — listen to the chosen passages they write down what they hear. That way the pupils can check their spelling to see how they go on.

Other stars included Juventus legend Gianluigi Buffon and former France star Christian Karembeu, with lessons available in a number of languages including Germany.

These little gestures are important to the community and football has a huge role to play.

Everyone is trying to stay active and look after their mental health, and maybe too much time is being spent on trying to resume the current campaign.

Ligue 1 is the latest league to end their season prematurely and that’s surely to see a rise in anxiety across in the Merseyside.