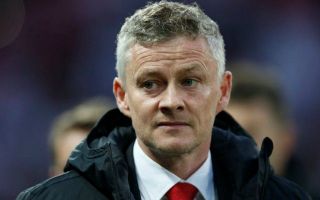 Manchester United great Andy Cole thinks Ole Gunnar Solskjaer will have to be realistic as he continues to shape his rebuild at the club.

United are heading in the right direction under the Norwegian with an unbeaten run spanning eleven games before the coronavirus pandemic put an indefinite suspension on football in England.

And while we are no more clued up as to when and how football will eventually return, Solskjaer still has to focus on acquiring his summer transfer targets.

Runaway leaders Liverpool are a staggering 37 points ahead of United with just 29 Premier League games played.

Cole has discussed how many signings the Reds might need to close the gap on Jurgen Klopp’s side.

“It’s the million-dollar question, whatever we buy to try and close the gap Liverpool and Man City are trying to buy as well to open the gap even further,” he told Manchester Evening News.

“It’s like Formula 1, once one team starts to close the gap it seems another team does something to find a little bit more. Liverpool are going to win the league for the first time in 30 years, you turn around and think ‘how the hell has it taken this long’, it’s because the gap continues to grow and grow.

“What it will take? Four, possibly five players, then with performances the gap starts to close and the confidence grows.”

We agree with Cole that it is almost impossible to predict how many players United need to sign to compete domestically as it also depends on the recruitment strategy of their rivals.

However, it is clear some key areas such as centre-forward and right-wing need to addressed to provide more balance and potency to Solskjaer’s squad.

Alongside Solskjaer, Cole made up one of the best attacking quartets English football has seen with Teddy Sheringham and Dwight Yorke which helped win the historic Treble in 1999.