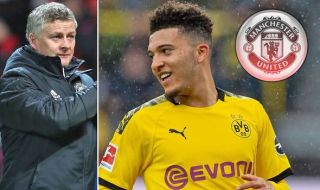 Ole Gunnar Solskjaer will have finalised his key transfer targets as he continues to shape his Old Trafford rebuild this summer.

United are heading in the right direction under the Norwegian and have turned a corner under his stewardship. The January additions of Bruno Fernandes and Odion Ighalo have revitalised what was looking a tired and predictable United side.

Fernandes in particular has thrived in Solskjaer’s setup earning the club’s player of the month awards in each of his first two months in Manchester after his move from Sporting Lisbon.

The Portuguese playmaker has provided exactly what has been missing in attacking midfield with his vision, awareness and accuracy in attacking transition.

Fernandes has three goals and four assists in nine outings for the Red Devils so far and was enjoying some brilliant form before the coronavirus pandemic put an indefinite suspension on English football.

He has inspired Solskjaer’s side to their best run of the season; the Reds are unbeaten in eleven games with Fernandes key in huge victories over the likes of Manchester City and Chelsea.

While Fernandes represents a key component in Solskjaer’s Old Trafford revolution, he is not the only missing piece in the jigsaw.

Solskjaer still has to strengthen in a number of other areas to close the gap on rivals Manchester City and Liverpool.

United are a staggering 37 points off Jurgen Klopp’s Liverpool after 29 games have been played in the league.

Liverpool have set the benchmark this season and United need to sign the right players in order to compete.
The first position that must be prioritised is the right-wing. Solskjaer is void of options on the right-flank; the likes of Mason Greenwood and Juan Mata are guilty of drifting too far inside from the position.

But Jadon Sancho offers the natural solution to all of Solskjaer’s problems on the right and you can bet on him making a switch to the Reds next season.

The Borussia Dortmund winger has lit up the Bundesliga again this season with 14 goals and 15 assists. He is widely expected to leave Germany this summer and United are seen as leading contenders in the race to sign him.

Sancho offers pace, flair and final product and would complete one of the most dangerous front threes in world football alongside Anthony Martial and Marcus Rashford.

At 20-years-old, the England international is at the perfect age and Solskjaer can focus his long-term rebuild around him. Sancho would represent a huge coup for United as the youngster is one of the most coveted young stars across Europe.