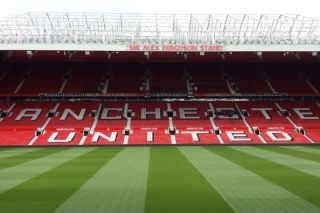 Perhaps not the best time to release this news since we’re in lockdown and there is a lot of talk about the remaining games this season being played behind closed doors.

But it’s still positive news and it will make us all even more excited about getting back to Old Trafford.

Sky Sports are reporting that Manchester United will install barrier seating at Old Trafford – trialling around 1,500 barrier seats in the north-east quadrant (J-Stand — areas N2401 and N2402) of Old Trafford.

Yes, you read correctly, the club has made its first real move to allow safe standing!

The first we heard of the news, today, was via Press Association journalist Simon Peach.

Safe standing is coming to Old Trafford after #MUFC's plans to trial barrier seating were approved by Trafford Council. There will be 1,500 rail seats in J-Stand next season & more likely to follow if successful

With the area in question being between the Alex Ferguson Stand and the East Stand, this area will be viewed on television.

The introduction of safe standing at Old Trafford has been discussed long before now but we’ve always felt that United were behind the idea.

It’s a step in the right direction to boost the atmosphere at home games and a lot of us don’t sit during games anyway!

United are working hard to have this in place for the start of next season.