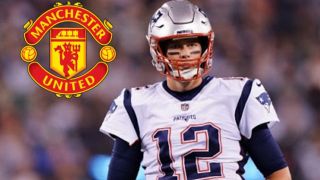 COVID-19 has curtailed civilisation as we know it with unprecedented scenes in our lifetime with mass quarantine and public lockdown barring essential travel for food and key workers to travel to their jobs.

Football just like all other aspects has been put into temporary hold until a time comes where we can return to any form of normality. However, over the last few weeks Manchester United and the Glazers have handled this very well (regardless of your opinions of the Glazer family and their stewardship of the club).

From a PR standpoint they have been brilliant, from not furloughing their staff to donating a percentage of players’ salaries to local NHS Hospitals and Health Centres in the Manchester Area.

Up until COVID-19 ended football United were on a brilliant run galvanised by new signing Bruno Fernandes and fans including myself were optimistic and over the last few months United were starting to act like the big club they should be.

Ed Woodward has overseen a complete revamp of the club minus a Director of Football/Technical Director, the club are catching up with the times in terms of data analysis and recruitment having a more coherent and well thought out plan.

The NFL Draft 2020 has been completed and now we can see which direction the Glazer owned Tampa Bay Buccaneers are going this season — COVID-19 permitting, of course. Now the Bucs who last made the Playoffs in 2007 are one of the teams who have been in the doldrums of the NFL but in the last two seasons they look like a team on the up.

Last season they hired experienced Head Coach Bruce Arians and convinced him to come out of retirement to sign a 4-year deal, the Bucs improved last season from their previous season. However, this season the Bucs might be the team to watch regardless of making the Playoffs and the reason is Tom Brady, the Bucs signed Brady to a 2-year $50m deal in Free Agency. A week before the Draft, Brady’s ex-Teammate Rob Gronkowski comes out of retirement and requests to be traded from the New England Patriots to be reunited with Brady.

So basically, to any non-NFL aficionados the Bucs signed one of the greatest Quarterbacks ever and then get the best player in his position ever in my opinion in Gronkowski. The Glazers have gone big to get these two and suddenly they are a legit playoff contender, demand for tickets has shot up and media attention has gone through the roof. They will be the high-profile team next season with a lot of their games moving to Prime-Time TV coverage, basically the equivalent of going from Saturday at 3pm to Sunday at 4pm on Sky.

Numerous NFL pundits and writers have praised their draft selections with their first pick being an Offensive Tackle whose job is to protect Tom Brady, other picks added weapons to their Offense and also filled holes in their roster. This team has gone all in trying to win as the Bucs have smartly built a good team and now added big pieces to capitalise/coincide with Tampa hosting a Super Bowl depending on how you see the Glazers.

Contrary to football you can’t simply spend your way to guarantee a title in the NFL with no promotion or relegation there are different ways to win. With the Draft system in the team with the worst record the previous season getting the first pick of the best college players eligible for the draft. So, after two or three bad seasons you can rebuild your team and challenge again unlike football where your success predominantly is determined by your finances.

When the Glazer family took over, they inherited the best structure around at the time, Sir Alex Ferguson does the football and David Gill runs the rest of the club. If you see how good this is then you don’t change it but upon both of them leaving, they had to drastically implement a structure with a vice executive-chairman in Ed Woodward with no experience in football. United had fallen behind in all aspects of structure but now they are catching up quickly with structure being built and Solskjaer building on the field the club are very close to being back to the club on and off the field they used to be.

Both at United and in Tampa over the last 12/18 months there seems to have been an almost identical shift in fortunes as both teams have begun to make good decisions in terms of recruitment of not only players but staff as well. The joke told in the NFL is it stands for Not For Long as long term thinking is 3 maybe 4 years compared to 5 plus years in football. The league is predominantly short term so there is no sentiment in this game as great players would be let go or traded if they don’t fit or are a negative influence or injuries/form deteriorate.

For example, if United were an NFL team then David De Gea, Paul Pogba and Anthony Martial would have been released or traded at some point over the last 5 years as everyone is replaceable regardless of sentiment or value.

The easiest thing to do is to make mistakes and then the habit of making mistakes becomes common place, coaches and managers come and go so the next guy through the door has to fix all previous problems thus a vicious cycle is born. Whereas making good decisions also becomes a habit where things start to go right then momentum generates, with Solskjaer’s transfers being all hits so far it might be argued his is the best fit.

The Glazers will be handing the majority of control to Ed Woodward this season as Super Bowl LV( Or Super Bowl 55) will be held at Raymond James Stadium which is Tampa Bay’s stadium so they will be busy over the next 12 months as they have to make sure the event runs smoothly with the eyes of the world on it, again COVID-19 permitting.

Ed Woodward will be signing the cheques for Solskjaer this summer and if he lands Jadon Sancho and a couple of other positions to strengthen the squad then possibly United could seriously challenge at the top over the next two seasons. Both teams are separate entities but united (Pardon the Pun) by their owners regardless of what we all think of them.

There is a sense of excitement in Tampa with this team in “Win Now” mode as the window of a team to challenge is tiny compared to football. Predominantly in football you will finish as high as how big your wage bill is as the more money you have the higher you should finish, in the NFL there is a salary cap for all teams, so no team has any advantage in financial terms.

Success in the NFL is down to recruitment and decision making with numerous moving parts in the structure and they all need to work properly, and it can be very easy to make one mistake and stall progress. Similar to football as recruitment is more important than coaching as you have to the right man in charge for the right group of players, sometimes the person with the best CV might not be the best fit, see Brian Clough’s infamous 44-day stint at Leeds to prove that point.

Solskjaer has built a team the fans like and with a few additions then this team has potential to do great things, United tried other managers but the fits were not right. Ole might not prove to be the best man available if you listen to some fans and pundits but he might be the right man to deliver trophies back to Old Trafford. The club look like they are backing the manager and listening to his suggestions as they have done in Tampa Bay so now they could reap the benefits of getting the appointments right.

There is a sense of the unknown around Tampa but with an extra Playoff place up for grabs starting this season there is a real chance for the Bucs to become a force again. Cynics will say United are years away from winning a title and I do agree but I think under Solskjaer United are looking better than they have been since Sir Alex Ferguson retired so I am optimistic that they will be on the way up sooner rather than later.

This could be coincidence that both United and Tampa Bay are both starting to gain momentum and talks of challenging for honours after different varieties of failure but there is optimism for both sets of fans to cling onto. For fans though sometimes it is the hope that kills but all signs point to better days on the horizon and after a few transitional years to put it mildly for United, that decisions are finally being made to try to get back to the top on both sides of the Atlantic.