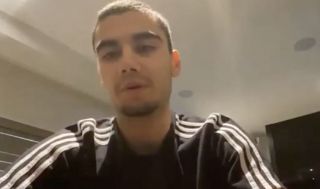 In a short video on Manchester United’s Twitter feed, Andreas Pereira opens up about his relationship with manager Ole Gunnar Solskjaer and the importance of being inspired by legends within football.

The midfielder also reveals four big names he looks up to, such as Cristiano Ronaldo, Solskjaer, Kaka and Ronaldinho.

Pereira says he always looked up to Ronaldo because he’s a “complete footballer” and he tries to do the same things(?) on the pitch as the Portuguese superstar.

As a manager, Solskjaer has given him most inspiration, and as manager he has helped the Brazil international from day one.

Asked if any Brazil internationals made him dream as a youngster, Pereira noted Kaka and Ronaldinho for having an influence on his career, with both being creative midfielders.

Watch the short clip below:

A wholesome start to the week 🥰@AndrinhoPereira opens up about his relationship with Ole and reveals three BIG names who he took inspiration from in his youth 🙌@ApolloXSports #MaintainTheDistance pic.twitter.com/i6B08lXwRN