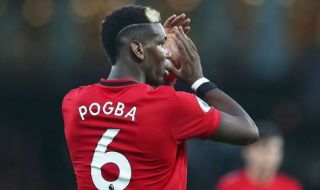 Rio Ferdinand is a big admirer of Manchester United midfielder Paul Pogba, but has named one thing that the Frenchman is getting wrong in his career.

United great Ferdinand believes Pogba is relying too heavily on his notorious super agent Mino Raiola in speaking about his future.

Raiola is known for stirring the pot at Old Trafford and is too often the spokesperson for his client rather than allowing Pogba to take control and provide some clarity for fans.

“I’m honest about Paul and I love Paul, because he’s a great kid,” Ferdinand told The Beautiful Game Podcast , as quoted by Football365.

“I’ve known him since he was a young boy and I still chat to him now. But the only problem I have with Paul is he should chat instead of his agent chatting. If he did that there would be more clarity on the whole situation.

“I spoke to him about all that type of stuff but Paul’s his own man and he’s going to deal with it his own way, I respect that, that’s fine. So that’s the only thing I’d say.”

Pogba’s future remains unclear at Old Trafford after his admission last summer that he was wanted to leave in order to seek a new challenge.

Real Madrid and Juventus are seen as potential suitors for the World Cup winner who has played little football this season due to an ankle injury that required an operation.

But the financial uncertainty around the coronavirus pandemic means Pogba may stay at least another year at United.

If the 27-year-old is to stay, we would love to see how a partnership could blossom with new signing Bruno Fernandes in midfield.