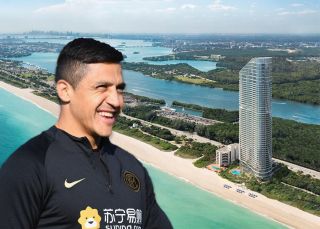 Alexis Sanchez may be about to leave Europe after an unsuccessful spell on loan at Inter Milan.

The Manchester United forward could join David Beckham’s Inter Miami side after buying a beachside apartment in South Florida, as per Gazzetta dello Sport.

Sanchez has reportedly spent £2.1m on a premise at Sunny Isles Beach which is close to where Beckham’s club is based.

This would give United a golden opportunity to get rid of the past-it Chilean, and I would be forever grateful to Becks (I already am) for taking Sanchez off our hands.

Moving to America would be a good move for Sanchez. There he might be able to contribute to goals and assists like he did once upon a time.

After failing to reboot his career in Italy this season, Sanchez is not likely to have many realistic suitors around the continent.

He may also want to try something new — with a more relaxed lifestyle like he would get in Florida, not that I’d complain about living it in up in Milan.

Fingers crossed because I don’t think anyone wants Sanchez at Old Trafford next season.