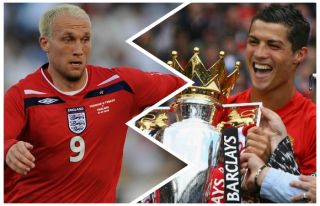 As a fan I feel blessed to have seen a number of fantastic players grace the Premier League.

He listed four Manchester United players but none of them feature in the current team, which is hardly a surprise, unless Bruno Fernandes builds on his form over a sustained period of time.

Cristiano Ronaldo and David Beckham were named on the left and right sides of the midfield respectively, while Rio Ferdinand and Peter Schmeichel were selected at the back.

The only player from the current squads to make Ashton’s Premier League XI is Liverpool’s Trent Alexander-Arnold.

We would have Gary Neville ahead of the young England full-back, but that could change by the end of his career, with Trent now just 21-years-old.

On Schmeichel, Ashton said: “He set a standard. His goalkeeping, his presence, his attitude. He was scary — not only for his own team but for strikers too!”

On Ferdinand: “The toughest player I ever played against. Most defenders you could get up against and get hold of and have a bit of a scrap with physically which I enjoyed.

“But Ferdinand didn’t want to get involved. He was too clever and he’d just stand off you.” 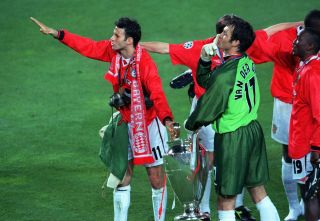 Then rather controversially, Ashley Cole takes the left-back slot and Denis Irwin is left out!

His midfield duo — Steven Gerrard and Patrick Vieira — could definitely be improved, but at least he named two wingers from the most dominated club in Premier League history.

On Becks, Ashton added: “In terms of delivery, he excelled. He set a standard for everyone to live up to. Trent Alexander-Arnold is the only one who’s come close in terms of delivery from that right-hand side. Beckham was a striker’s dream.”

Up front he went with Dennis Bergkamp and Alan Shearer.

Let us know what you think of Ashton’s all-time Premier League XI on Twitter (@StrettyNews).