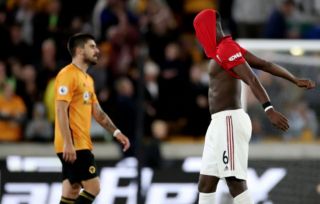 Manchester United are conscious of their transfer strategy amid the coronavirus pandemic which is certain to impact the financial side of the beautiful game.

According to James Robson of the Evening Standard, the Red Devils are reluctant to break the £89m fee they paid for Paul Pogba in 2016, despite Ole Gunnar Solskjaer’s plans to complete his squad overhaul.

Ed Woodward’s recent comments at a United fan’s forum warned the media against transfer speculative pieces including high fees because they escape reality, but we did take note that he was probably referring to the stories linking Harry Kane to United rather than Borussia Dortmund’s Sancho.

“I cannot help feeling that speculation around transfers of individual players for hundreds of millions of pounds this summer seems to ignore the realities that face the sport,” said Woodward.

Robson claims that Sancho is still part of Solskjaer’s plans for when the transfer window reopens.

He states that there is a growing belief at Chelsea that the England international is heading towards Old Trafford, which has seen Frank Lampard’s side linked with a move for ex-Liverpool playmaker Philippe Coutinho, as per The Mirror.

The biggest line for this piece is that, if available at the right price, the England winger would still be very much of interest to United and Solskjaer.

You would think the valuations of all players will be dropped over the coming months which is a kick in the teeth for a club like Dortmund who buy cheap to sell on for profit at a later date. Sancho is by far their most prized asset right now.

Robson says the same about the Tottenham striker, adding “Kane — at the right price — would still very much be of interest to United and Solskjaer. But there has been growing unease within the club regarding talk of their lavish spending at a time of such widespread economic hardship.”

As per the report, United have scouts and chief negotiator Matt Judge kept busy at a time when there is no live football to watch.

There is also the realisation that United would probably make a loss if they sold Paul Pogba this summer — because no-one will be willing to spending more than what we did to take him back from Juventus four years ago.

Dortmund have already warned prospective Sancho buyers not to expect a bargain amid the COVID-19 financial crisis.

“We don’t have to sell anyone for less than they’re worth,” said CEO Hans-Joachim Watzke last month (via GOAL), stressing that Dortmund would take to the negotiation table with a hardline stance.

But no matter what was said a month ago, these are unprecedented times, and the value of players in the wake of this coronavirus pandemic is likely to drop. Otherwise I can’t see many deals being agreed on.

Moreover, clubs need to have a rethink about how much money is splashed out in deals, with agents massively benefiting each time.