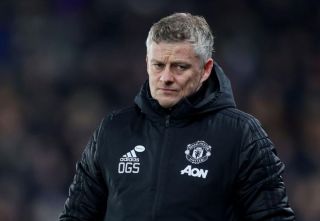 The Premier League remains committed to fulfilling the 2019/20 campaign despite the coronavirus lockdown, with talks over potentially scheduling the remaining fixtures to take place behind closed doors, but the clubs face the prospect of paying inflated wages to keep hold of out of contract players.

Manchester United have plans to reopen their Carrington training ground next month, while Ed Woodward has sent a message to the media about transfer figure articles that have escaped reality amid this financial crisis.

He hinted that United will act accordingly which was enough to rubbish claims United are willing to spend £200m on Tottenham striker Harry Kane, who let’s face it, will find it difficult to move on from Spurs now with Daniel Levy being a difficult negotiator.

Will Spurs be willing to drop their valuation of the England striker? Time will tell…

We are sure United are facing up to the prospect of drawing up short-terms — like Odion Ighalo since his loan ends on May 31. Ole Gunnar Solskjaer will then decide whether he wants to negotiate another deal with Shanghai Shenhua or sign the Nigerian striker permanently?

United will also have the power to take Dean Henderson back from his loan spell at Sheffield United.

Our rivals have more pressing issues such as City and Chelsea, with contracts set to expire for David Silva, Willian, Pedro and Olivier Giroud.

Here’s what Mo Bhaskaran, partner at Stewarts law firm, had to tell the Evening Standard about expired contracts and more:

Compatibility from both ends

These contracts end on a fixed date, therefore, tan agreement from both sides is required for anything to take place.

Here we are talking either extended pay or limited to no pay based on a mutual understanding.

“So if someone is due to head off somewhere else or their contract is just due to end, in most cases they are going to need to have that negotiated and that extension agreed.

“The willingness to do it has to be there.”

Unlikely because footballers keeping fit is part of their jobs — even if it’s just at home conducting training sessions at home.

“There are a couple of clubs I think have tried to furlough players, but I know the unions are trying to resist that.”

Wonder who those clubs are?

This could happen with clubs that need to downsize their squad. May come down to amount of options they have in one particular position. I don’t think it’s likely, especially not at United.

“In some cases clubs who are massively having to downsize as a result of this may decide to make players redundant. That’s not impossible at all.”

Understandably, if players feel they are being put at risk, they have the right to refuse to play. That’s bound to cause a few debates on social media — should it ever happen.