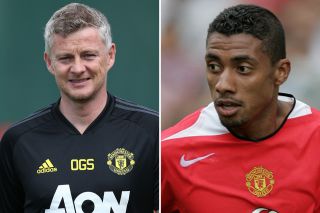 The Brazilian has stated his confidence of the Norwegian guiding United to their first Premier League title since Sir Alex Ferguson last won it in 2013.

Speaking to Goal, he said: “When I saw he was coaching at United I was really happy for him. He has a good personality, is very positive and confident and he knows what he is looking for.

“I know he’s got a lot of management technique from Sir Alex Ferguson and he’s very good at what he does.

“A lot has changed at United recently. They’re looking for young players and that’s a big change. I’m sure he can make United a top team again and win the Premier League.”

Kleberson burst onto the scene during a successful 2002 World Cup campaign. Then-Brazil manager Luiz Felipe Scolari went on to claim that the midfielder was the “driving force” of his World Cup-winning side and “he was always the first name on the team list, ahead of players like Ronaldo,” as per Sky Sports.

Brought in to replace Juan Sebastian Veron, who had recently been signed by Chelsea, he was seen as a potential partner for Roy Keane, which people laugh about now but it didn’t quite go to plan.

Slighter of frame and shorter than most, he struggled to adapt to the pace and physicality of the English game. There were flashes of brilliance but nowhere near enough.

Nowadays Kleberson is working as a coach at Philadelphia Union’s academy.