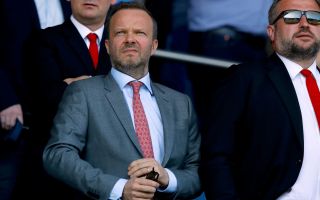 Manchester United vice-chairman Ed Woodward has sent a warning to the media in the wake of transfer rumours because of the coronavirus pandemic.

He says speculation about transfers for “hundreds of millions of pounds this summer” is ignoring “realities that face the sport” in this crisis.

We think he is referring to the links concerning a £200m move for Tottenham striker Harry Kane, which we branded ridiculous on the club from the time they surfaced.

But this also throws some questions over reports that United are potentially spending £130m on England and Borussia Dortmund sensation Jadon Sancho, as reported by ESPN.

“Nobody should be under any illusions about the scale of challenge facing everyone in football and it may not be ‘business as usual’ for any clubs, including ourselves, in the transfer market this summer,” Woodward said in his opening address to a Manchester United fans’ forum on Friday.

“As ever our priority is the success of team, but we need visibility of the impact across the whole industry, including timings of the transfer window, and the wider financial picture, before we can talk about a return to normality.”

As someone whose had a key role in communications among the Premier League and in Europe about how the game plans to survive the financial impact of COVID-19, Woodward speaks with some authority.

These are unprecedented times.

In addition, club staff, including former players such as Bryan Robson and Wes Brown, have made welfare calls to season-ticket holders, who are either disabled or aged 70 and over.

“We will continue looking for more ways of supporting those in need for as long as the pandemic continues,” said Woodward.

“Everyone is grappling with the economic realities of the pandemic and we are no different. The longer the crisis continues the greater the impact will be for every club, including ourselves.

“But it is important to acknowledge the part played by our successful business in allowing us to fulfil our social responsibilities. We have always believed that our commercial model gives us greater resilience than most clubs.

“We are eager to see the team return to the field as soon as we are advised it is safe to do so. And while it may be that games need to be played behind closed doors in the shorter term, we all recognise that football will not be fully back to normal until supporters are once again in attendance.”

That’s Woodward saying football behind closed doors is better than no football, once safe, but football is nothing without the fans.

We back that message.