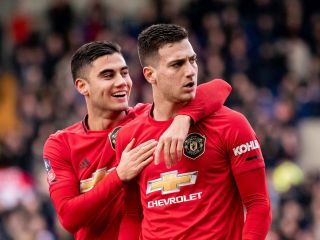 Diogo Dalot could be about to leave Manchester United in the summer, according to reports.

The right-back has had few opportunities since the arrival of Aaron Wan-Bissaka and O Jogo in Portugal claims that the Red Devils ‘understand that it is not logical to have such a young shadow in the position,’ as cited by The Sun.

United are said to have been willing to loan the 21-year-old, who can also play on further up the pitch on the wing, and now they could be about to cash in on the talent.

Dalot was brought to United by José Mourinho, who said at the time that the former FC Porto man was Europe’s best full back in his age group. Although he’s good, it didn’t take long for those claims to be squashed, and we have a young and better option currently occupying the role. 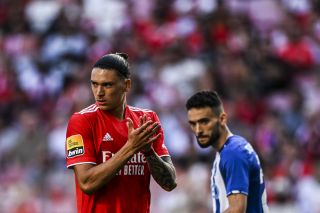 His asking price is said to be round €35 — €40m (£30-£35m) and O Jogo adds that is ‘not an obstacle’ for Ligue 1 outfit Paris St Germain, who they claim are keeping an eye on his situation at Old Trafford.

The Parisians are looking for alternatives at right-back with Thomas Meuiner out of contract in June.

I think Dalot has a lot of potential but I’d take £30m for him this summer. No questions about it.