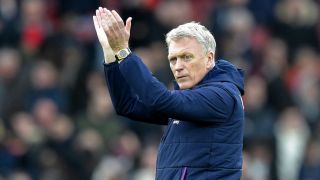 The Guardian have a brilliant story with Moyesy on how he jumped at an opportunity to help those affected by the coronavirus pandemic.

Moyes noticed a sign in his local food store that said drivers were needed, so the West Ham boss volunteered and became a fruit and veg driver.

Abiding by government guidelines, there were no autographs or conversations on the door step, so they couldn’t ask him about his horrid spell at United.

In fairness, he deserves credit for this. It’s a wonderful gesture and not for acclaim. It was just his way of helping out while in Lytham — away from football.

“It was beautiful big boxes of fruit and veg, really colourful. I was enjoying it, going back to the shop to get another lot and then filling the car up. Two of my pals who IU go out for drinks with now and again were giving me dog’s abuse and WhatsApping me saying: ‘Have you delivered your fruit and veg yet?’ I ended up having to deliver two big boxes to my pals.”

Moyes is even making a bit on the side from his new venture into delivering fruit and veg. “I think it was £16.80, one box of fruit and veg. She gave me a £20 note and said: ‘Here son, just keep the change.’ It was an older lady. The tip!”

She couldn’t care for all the compensation Moyes received from United, but the sheer innocence is admirable, and such gestures help build communities.

Moyes has taken a 30% pay cut on his salary (£2m p/y), as reported via The Sun, and he knows there are more things to life than football. You can tell he is in touch with reality.

The 56-year-old admits he is worried about the fate of clubs and the game’s financial state: “We hope football will have a little reset. I hope we’ll all look back and think: ‘Maybe we were indulging too much.’ The people who run football clubs have got to say: ‘Have we always been doing the right things? If anything like this happened again in the future, would we be able to get through it?’

If you ever wondered, this is what a melon delivered by Moyes looks like: 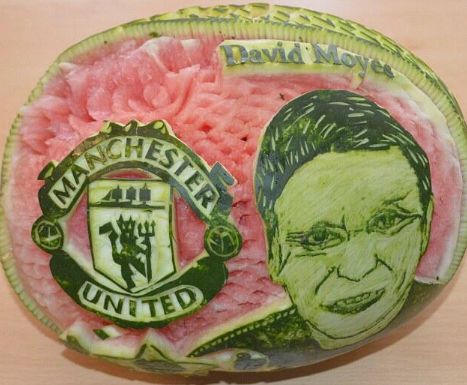 David Moyes’ Melons (via The42)

Meanwhile, another former Manchester United manager is helping to grow food at the Tottenham training ground before it is distributed to those in the local area.

“We fight this pandemic together,” said José Mourinho, as per BBC Sport.

Tottenham have converted their stadium for use by the NHS and as a food distribution centre.