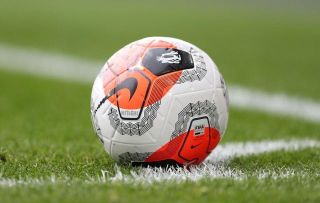 The COVID-19 crisis is obviously having a devastating personal, social and economic impact throughout societies across the world. It will definitely have significant long-lasting implications as we transition into what is uncomfortably termed, the ‘new normal’. Could that ‘normal’ be a world where the Premier League no longer exists?

One day football will return with fans at matches, but the truth is no-one knows when. The Bundesliga has suggested a return behind closed doors in May, UEFA are talking about potentially completing this season’s competitions by the end of August although the Dutch are saying no games at all will start until September. There is a very real danger that stadiums could remain empty late into the Autumn or even into next year, by which time clubs across the continent would be in dire financial straits.

The impact of COVID-19 is already having a profound impact upon the framework of football. There are ongoing discussions across various leagues to re-structure and options are being considered within the context of financial necessity, for example the National League are looking at the viability of splitting leagues into northern and southern teams to save travelling costs. North of the border Scottish clubs are engaged in discussions with the SFA about how best to re-organise the leagues below the Premiership. All of this coming just a few weeks into the crisis and if the current situation stretches across months, inevitably there will be wider implications for the top leagues in Europe.

What could this mean for the Premier League? Clearly there are very serious challenges for even the wealthiest clubs in the league, at the lower end of the scale players wages and lost ticket sales but more profoundly the future of television deals and sponsorships. The likes of Sky and BT are taking a huge hit from lost subscriptions and advertising, whilst individual club sponsors will have careful decisions to make as they try to negotiate through aftermath of the post-COVID-19 economic landscape.

Let’s be clear, the situation now is very stark and is literally a question of survival for clubs and indeed leagues, so decisions are going to be made based on financial necessity rather than any sentiment or anything else. There is a real prospect that one of the fundamental impacts of the coronavirus will be to totally re-shape the structure of elite football in Europe.

The talk of a European Super League has been around for decades and in recent years clubs have at various junctures been involved in discussions about the feasibility of breaking away. There is a flurry of activity and very quickly stories fade into the background, but now there is an imperative beyond simple financial greed. It may become a question of necessity, like it or not.

The economic reality is that clubs like United, Real, Barcelona and Bayern cannot operate in a vacuum. If some of the lower tier clubs start failing across the continent then the Champions League becomes further diluted as a result. There may come a point where a Super League proposition becomes leverage to attract and re-invigorate investments in a depressed football market. It might need something of that magnitude in order to keep elite football viable in a form of even close to where it was at the beginning of March 2020.

There may also be an argument that a Super League becomes a lifeline for struggling lower domestic leagues, as it could be a stipulation that liquidity is permanently shared down the pyramid to support leagues impacted by the effects of COVID-19 and the loss of some of their illustrious clubs and players. This could become a very simple equation if television companies and sponsors look at proposing much reduced deals based on the current offerings. The prospect of a new money spinning European Super League may be the mechanism to keep the football money machine turning.

Frankly this prospect will probably horrify the majority of passionate fans (myself included), who are unwillingly to contemplate losing cherished centuries old rivalries. But these are times where ‘unprecedented’ has become an everyday word. The truth is there will be some very hard decisions to come and if it transpires that we have an extended period of football matches without fans, then all bets are off and a European Super League may finally become a reality in the post-COVID-19 world.