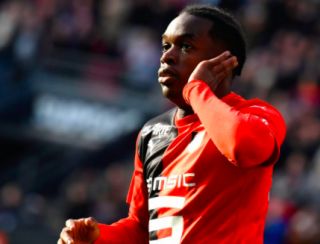 Maouassa, 21, has impressed in Ligue 1 this season, making 32 appearances and helping his side reach third in the league table.

According to the Sun, Ole Gunnar Solskjaer is monitoring Maouassa who is regarded as one France’s most exciting defensive prospects.

Newcastle have already shown significant interest and are believed to have had a £7m bid rejected in January 2019.

Rated at £10m, Maouassa is a very attainable option for the Reds and we would be confident the club could secure his signature if the reported interest is true.

Maouassa has already expressed a desire to play in the Premier League and could be in line for a dream move this summer.

He could provide a versatile option for Solskjaer as a left-back that can also thrive further forward.

However, United have other areas that need to be prioritised in the upcoming transfer window where Solskjaer is looking to accelerate his rebuild.

We are unsure if Maouassa is a player that would improve the squad greatly and United are already stacked in the left-back position with Brandon Williams and Luke Shaw both more than adequate options already amongst the Norwegian’s ranks.