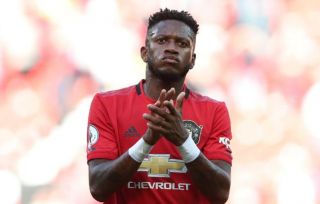 Following a £52 million move from Ukraine to England and a consequentially difficult transition to the rigours of Premier League football, Fred has been one of the best midfielders in England’s top-flight in his second season at Manchester United.

Fred told Trivela that his home life provided the foundation for his excellent 2020 form, as translated from Portuguese to English by the Manchester Evening News:

“There is always that adaptation process, right? Last season was very difficult. It changed a lot not only in my career, but also in my personal life.

“My wife was pregnant when I arrived in England; we were in a different condition. I arrived at a club of a gigantic dimension, a championship that is the most disputed, the best in the world. So it ends up being difficult to adapt.”

The Brazilian international added that consistently starting matches helped him accustom to the Premier League, helping him restore and even improve upon the form that persuaded United to purchase him from Shakhtar.

“But this season I already managed to put my football into practice. I had a good sequence of games, which I didn’t have last season, and I am very happy to be playing well, to be doing a great championship and I hope that when I return I can improve more and more.

“In the Premier League it is difficult, the midfield is very congested; there is a lot of pressure and the game is very fast. So it’s hard for you to spend a lot of time with the ball; you have to be very fast, you have to think long before the ball reaches you. So, we try to control as much as possible on the pitch, try to work it out a lot.

“I don’t say that there is a lot of difference between Fred from Shakhtar and Manchester, we are adapting. Here at United, I score a little more, I improved a lot. I think that is the main difference.”

Last season, Fred showed few, if any, of the qualities required to be a midfielder for Manchester United, leading many to believe he would fail to deliver upon the promise of his expensive transfer. Being shaky in possession and poor under pressure, the midfielder often gave the ball away in dangerous areas and lacked the positioning to cover for errors.

Slowly but surely, he has improved in all aspects of his play, learning to progress the ball with quick, short passes, but also to adapt to the pace and pressure that he mentioned by making better decisions on the ball. He has become a crucial figure in United’s midfield, even striking up a partnership with new signing Bruno Fernandes that allowed United to dominate matches against Chelsea and Manchester City.

Fred has also shown exceptional ability to carry the ball through the middle of the pitch, averaging 3 dribbles per game in the Premier League. His ability to progress the ball under pressure and move out of his position to win tackles has coincided directly with Nemanja Matic’s ability to hold his position and win duels, leading to eight clean sheets in United’s last eleven Premier League matches (WhoScored).

Fred’s performances have made him an outside contender for United’s Player of the Season Award, and continuing in the same vein of form, he will be a crucial player for Ole Gunnar Solskjaer next season.