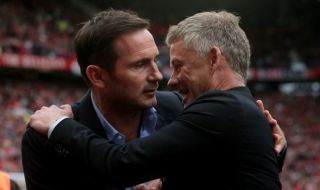 It has been well documented by the press that Manchester United have been keen on signing Jadon Sancho from Borussia Dortmund.

United need a player who can make things happen out wide and lift bums off seats. Sancho is a star in the making and it would be a massive coup for Ole Gunnar Solskjaer to land him this summer.

Chelsea were also said to be have been interested in the England winger but now, according to ESPN, they have turned their attention towards a loan deal for Barcelona midfielder Philippe Coutinho.

The Brazil international is not a bad alternative to Sancho, with him previously proven to be a dangerous threat in the Premier League while at Liverpool, but it says a lot that Chelsea are turning towards a loan deal as opposed to buying a player permanently.

This apparent decision perhaps comes with the realisation that the football transfer market will be hit by the COVID-19 financial crisis.

It is claimed that senior figures at Stamford Bridge are looking for alternatives to Sancho amidst talk that he will choose United over Chelsea.

That suggests United have gazzumped Chelsea to one of football’s most exciting players. Let’s hope we cross the line with Sancho holding a red shirt alongside Solskjaer this summer.