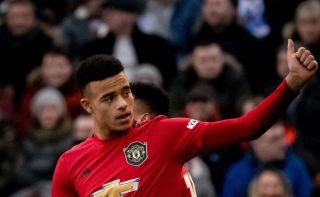 Ole Gunnar Solskjaer has altered his Manchester United transfer plans because of the serious talent he already possesses at Old Trafford.

The Norwegian requires key signings in several positions and this summer window could act as a catalyst for his United rebuild.

One area that needs addressing is centre forward; United are still yet to find a long-term replacement for Romelu Lukaku who departed for Inter Milan.

Tottenham star Harry Kane is as prolific as they come and the Three Lions captain raised questions after recently failing to commit his long-term future to the North London club in a recent Instagram Q and A with Jamie Redknapp.

However, according to the Sun, United will not make a move for Kane as Solskjaer thinks he already has two players within his ranks that could reach the 26-year-old’s level.

It is believed that the United boss has huge belief in Marcus Rashford and Mason Greenwood to have the desired impact at Old Trafford.

Rashford was in electric form before a serious back injury ruled him out of action in January. The 22-year-old was in contention for the golden boot award with 14 goals, his best return to date.

Meanwhile, Solskjaer has already described Greenwood as the most natural finisher at the club. Greenwood has scored 12 goals in his breakthrough season and his manager is wary of blocking the teenage starlet’s progression.

While its important Greenwood is given the path to become a first-team regular, United still need to sign a number 9 this summer to bolster attacking options and provide competition for Anthony Martial.