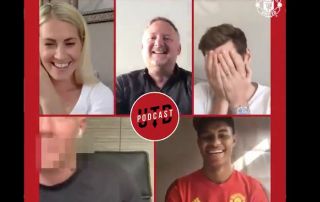 Paul Scholes is renowned for being a funny character.

Quick wit and dry humour to go with his incredible footballing abilities.

The former Manchester United midfielder appeared as a guest with Marcus Rashford on the latest UTD Podcast.

Scholes was asked to pick a player Rashford has played with, that he considers the best striker he also had as a teammate.

Totally out of the loop at what was being asked, Scholes raises a fair point asking Sam why he let him answer the question in full before correcting his mistake.

It turned into a bit of a laugh between Scholes and David May as the former told Sam to “wake up” after he tipped Bruno Fernandes as arguably the best player to have played with Rashford.

Scholes pointed out the fact that Rashford has yet to play for United!

Check out the video below shared by Rashford — along with Sam’s reaction:

Being told to wake up by Paul Scholes is an unexpected thrill. https://t.co/zenzviFGqH 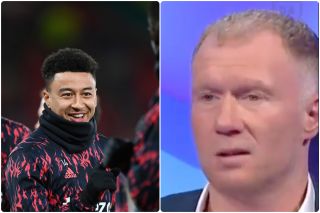