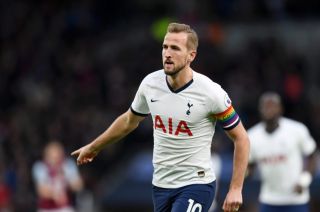 Slowly but surely the Harry Kane to Manchester United stories are taking up less column inches.

Yesterday news emerged from the Daily Mail which claimed that Real Madrid were out of the running for the Tottenham striker.

And now The Sun (report by Neil Custis) has ruled United out as s potential destination for the 26-year-old.

When the news was first reported that Kane would cost X amount, the narrative was very different — almost suggesting that United were interested in acting on their interest in Kane.

But apparently Ole Gunnar Solskjaer is prepared to shelve an expensive pursuit of Kane in favour of prioritising other signings with the supposed £200m that Kane might cost.

Solskjaer is right, of course, as Rashford has shown huge improvements this season — and next season should be even better with Bruno Fernandes pulling the strings in midfield.

With United and Madrid seeming out of the running for Kane’s signature, it’s likely that he will remain at Spurs for another year at least — until some club shows enough interest to meet Daniel Levy’s demands.

If you’re a betting man keep your money. We can’t see Kane moving this summer, even though he’d probably like to.