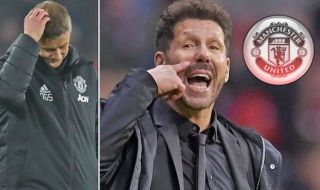 Fees have risen so much in recent years that it became impossible to figure out what deals could be considered ‘good value in the market’, so it’s going to be interesting to see what happens when the transfer window reopens.

They state that United were willing to offer around £70m to land the Spaniard in the summer, but the La Liga giants are insisting that they pay the £135m release clause or he’ll be staying put…

READ MORE: Club doctor claims Man Utd players are getting injured while cooking; one bitten by a dog

It will be interesting to see how Saul reacts to this. He’s been part of Atletico Madrid’s academy but may feel now is the right time to move on and open a new chapter for his career.

At 25, it would be the perfect time for Saul to leave Spain, to join a team in transition like United — one making real progress.

Saúl Ñíguez has won 64 tackles in La Liga this season, Casemiro (83) is the only midfielder to have won more.

Need a tireless worker in the middle of your midfield? Better call Saúl. 📞 pic.twitter.com/6EXClGXU3j

Saul has been part of the most exciting period of Atletico Madrid’s recent history, being part of the team that reached the Champions League final in 2016, losing to rivals Real Madrid, and he won the Europa League twice in 2012 and 2018.

It feels like he’s been around for a long time, but the Spain international has his best years ahead of him.

But sadly it seems there is a huge different in valuations from the two clubs. So much that we really can’t see a deal happening — unless there’s room to compromise.

Saul’s contract runs until 2026 so they are under no pressure to cash in.