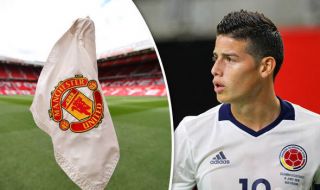 With the Magpies reportedly set to welcome new owners from Saudi Arabia, you’d think Asprilla would be busy trying to tempt star players across the world like Rodriquez to St James’ Park, but instead he recommends Old Trafford.

While speaking on Colombian radio station Blu Radio, he said (via Manchester Evening News): “Manchester United would be a good place for James. It’s been a while since they have been winning trophies and they are thinking about strengthening the team for next season.

“They’ve got good players — like Juan Mata, who plays in a similar style to James, although he’s a little more dynamic and attacking but I think James could easily fit into that side.

“James needs to go where we will play, a club where the coach has expressly asked for him and wants him in his team. Not where he will be an impulse signing, bought on a whim by the president. With his talent, he could play anywhere.”

James joined Real Madrid after the 2014 World Cup as the most expensive Colombian football player, surpassing the great Radamel Falcao, who arrived at United too late in his career. In his debut season, he was named in the La Liga Team of the Season and won La Liga Best Midfielder.

However in 2017, he signed for Bundesliga club Bayern Munich on a two-year loan deal, and they’ve since opted out of signing him permanently.

And now he’s back to square one.

There have been some links suggesting that he could move to United but we have already signed Bruno Fernandes, so no thanks!