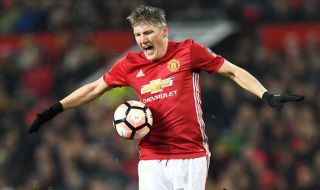 The negatives tend to outweigh the positives — like when he oversaw the departures of a clutch of experience players who may have been in the twilight of their careers but ever steeped in United glory. Rio Ferdinand, Nemanja Matic and Patrice Evra all left in July 2014 — with Jonny Evans, Rafael Da Silva and Nani departing in the summer of 2015.

Van Gaal’s biggest problem was signing the right players. Most of his signings flopped and that put a real strain on the squad because so many key figures had left.

Bayern Munich favourite Bastian Schweinsteiger was a player I wanted at United for years, especially around 2008-2010, but he left it late to move to Old Trafford and was a disappointment.

Off the pitch as well as on it, according to The Athletic.

It is claimed that Schweinsteiger irritated his team-mates for quite a while by undergoing treatment for an injury in Germany and only flying in and out of Manchester for matches.

Then-Bayern manager, Pep Guardiola, knew what he was doing with Schweinsteiger. The midfielder was past it and was incapable to play at such a high intensity at that stage of his career, with United ready to take the bait.

Moreover, this wasn’t what United expected when signing the Germany World Cup winner, who had built the reputation of a model professional for himself during his time at Bayern.