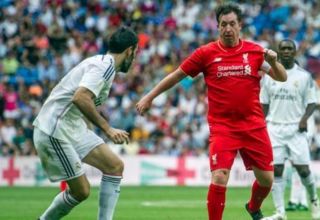 The media is so eager for news at the moment it made a big deal out of Paul Pogba’s ‘war of words’ with former Liverpool man Graeme Souness.

It’s been cooking for some time with Sky Sports keen to get Souness’ views on Pogba, knowing he deeply dislikes the Frenchman, and it really heated up when the United star said he hadn’t heard of the former Scotland international.

The quotes from Pogba can be read in the Guardian after he was asked about his harsh critique on the official United podcast.

Souness, who desperately needs to backed against a man so many want to paint weak, makes a living from giving his opinions on football. It’s fair game but everyone knows he is obsessed with making an example of Pogba.

READ MORE: Have Manchester United forgotten who they are?

The Liverpool press pack are acting as though Pogba shouldn’t be allowed to fight his corner. When Robbie Fowler got wind of Pogba’s quotes he urged the France international to watch some highlights of the Liverpool legend, if he wants to learn a few things…

Fowler using this to point score with his fellow Scouse morons is pathetic, has he any dignity whatsoever?

In his column for the Mirror, the former Liverpool striker said Souness is one of the greatest midfielders to have ever played the game.

“I was disappointed to hear the Manchester United midfielder slap down my former Liverpool boss by saying he doesn’t even know who the outspoken Scottish guy in the studio is. If he doesn’t then perhaps he should do a bit of background,” he said.

“And if Paul fancies seeing the complete midfield performance during the lockdown he might take a look on YouTube at how Graeme captained Liverpool in the 1984 European Cup final against Roma in the Italian club’s very own Olympic Stadium.”

The stadium they share with Lazio? Have a read, Fowler!

Anyhow, I bet Pogba knows who Eric Cantona is!