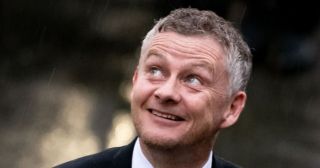 While we still don’t know when the Premier League will return, Manchester United are expecting to be handed a huge double boost by the time we are rejoiced with football action.

According to the Daily Mail, both Marcus Rashford and Paul Pogba should be fit to return from their long-term injuries.

Rashford has been out of action since January after sustaining a double stress fracture in his back, whilst World Cup winner, Pogba, has only made eight appearances all season.

Lockdown measures are still in place in the UK because of the coronavirus pandemic, leaving Premier League clubs undecided about how to finish the current season.

A lot is being made out of what this could mean for Liverpool — two games away from winning their first league title in 30-years — but it’s a 20-team division, and many clubs have a lot to play for…

United are one of those. Still in the fight for top four, the FA Cup and Europa League. On an 11-game unbeaten streak in all competitions, you’d have to fancy our chances with Rashford and Pogba on their way back to full fitness.

The Daily Mail also report that some staff are already back at Carrington, and working hard — within social distancing guidelines — to make sure United hit the ground running when it’s safe to play games.

It will be a huge boost have the pair back and we’ll finally get to see them play with Bruno Fernandes. The Portuguese Magnifico already makes the United players around him better, so can you imagine what he’ll do with Rashford and Pogba in the same team?

I also hope the mess between Pogba and United gets sorted, though I don’t see how we can continue with Mino Raiola still representing the player, or is Ed Woodward reluctant to burn bridges with one of football’s most powerful agents?

We’ve a lot to look forward to.