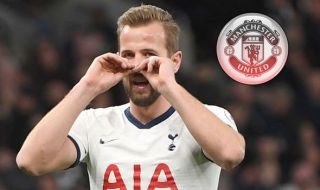 Manchester United are not going to splash out mammoth transfer fees this summer, so we can all forget about Harry Kane, Sky Sports reporter James Cooper has claimed.

Last month the Telegraph suggested that Tottenham could struggle to keep the England striker with a valuation of £150m+ being placed on the prolific goalscorer.

Kane went on to publicly admit that if he feels as though Spurs aren’t competing for major honours and heading in the right direction, he could consider a move elsewhere, and it’s been reported since that he child even cost up to £200m, as per The Metro.

That’s enough to make someone spit tea out of their mouth.

READ MORE: Harry Redknapp says Kane would be a great fit for United but tips striker to stay at Spurs

Nobody is saying Kane isn’t one of the best strikers in the world on his day, but £200m for a player with a dodgy injury record? I’d pass on that.

And Cooper, a well-respected reporter in Manchester for Sky Sports, has noted that factor will ultimately ensure a move to United doesn’t materialise.

“The chances of the club spending £200m on a single player are pretty much nil,” he told Sky Sports. “It won’t happen even if Daniel Levy were to suggest to Ed Woodward he might bee prepared to do a deal for Kane.

“Furthermore, I’m under the impression that although there has been interest previously, Kane’s name isn’t on United’s recruitment list.

“United just won’t be spending anything like those sorts of sums, despite expecting to be in a relatively powerful financial position when football emerges from this crisis.”

While this is totally understandable, I do wonder what this means for United’s pursuit of Jadon Sancho and whether it will still go ahead? I would think so — but our spending could limited after that.

Moreover, if we land Sancho the prospect of seeing him play in the same team as Anthony Martial and Marcus Rashford is mouth-watering. It may be a surprise to hear Kane isn’t on Ole Gunnar Solskjaer’s list but he may prioritise other positions, sign Odion Ighalo as back-up, and continue with Martial and Rashford next season.