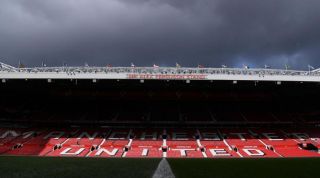 Manchester United are confident they can ‘absorb’ the financial hit taken amid the coronavirus pandemic.

According to the Telegraph (subscription required), United are not currently considering wage cuts and deferrals and will instead absorb the loss in existing revenues.

However, the club may have to reconsider their plans if they are forced into repaying the substantial TV money they earn or if matches are being played behind closed doors next season.

Ole Gunnar Solskjaer’s side still have at least five home games to play before the end of this season, which the report claims accumulates to around £21.3m in matchday income.

This money will be lost if the remainder of the season is played out behind closed doors and could increase further if United progress in the Europa League.

United have led by example so far by deciding not to furlough any of the club’s 940 staff members and supporting the NHS.

It is reported that the club remains in constant dialogue with players about wage cuts with captain Harry Maguire who is acting as the spokesperson in regular meetings with Vice-Executive Chairman Ed Woodward.

Reluctantly in some cases for fans, Ed Woodward deserves credit for his commercial work in allowing the club to remain in a stable, powerful position during this unprecedented period.