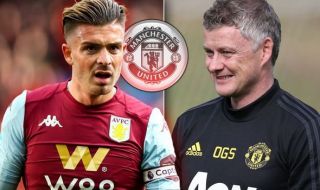 It’s not news to anyone that Jack Grealish has long been linked with a move to Manchester United.

So much that at one point, not too long ago, we were feeling pretty certain that Ole Gunnar Solskjaer would make a move for the English playmaker when the transfer window reopens.

But things change as we learned from a recent Q&A session with The Athletic’s reliable David Ornstein, who claims United are not interested in Aston Villa captain Grealish and are instead focusing on signing a holding midfielder instead.

“Some contacts tell me United are not in for Grealish and are focusing more on a holding midfielder than his kind of position,” Ornstein replied when asked if United would make attempts to sign the 24-year-old.

Ornstein is right. We don’t yet know the full extent of the financial crises caused by the COVID-19 pandemic and football clubs are already being hit without any match day revenues for the foreseeable future.

There is obviously a reason for United changing their mind on launching a pursuit for Grealish, and we it may have something to do with Villa star recently breaking the UK government’s advice to stay at home during the coronavirus crisis to meet a friend.

That was before he reportedly crashed his Range Rover into parked cars.

Ornstein believes the incident mentioned above could be the reason for United backing out of a move for Grealish — but why would they then target a holding midfielder? There’s something to this deeper than his recent behaviour.

“He will be keen for a big move whether it’s this summer or very soon. Not sure if his lockdown misdemeanour will go down well to potential suitors or Gareth Southgate,” the reporter concluded.

Is it just me or is this a hint that Paul Pogba will be at Old Trafford next season?

I don’t think United will get the money they want for the Frenchman, and the market this summer is going to be a strange one, with all clubs feeling a financial pinch right now.

I’d rather Grealish unless Pogba began to show that he’s ready to fight for the cause. Then there will be no arguments.